menu
Wednesday 18 January 2023
Long Service Recognition Certificates are issued once a year, alongside the Club and Volunteer of the Year Awards. They are selected based on nominations by a club, region, or an event. Nominees must have supported the motorsport community as a volunteer for at least 40 years. Here are our recipients from the end of 2022: 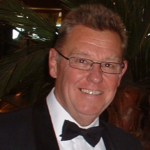 Colin Fenwick
Colin has been involved in school karting since the early 1970s, where he has been a team leader with great success. In 1995 Colin moved to Barclay School in Stevenage, and with his enthusiastic help, the Barclays Karting Team grew to be the largest school-based kart team in the country. Colin was chair of the National Association for School and Youth Group Karting and is still a team leader for the Barclay School Karting Team. His efforts over the past 50 years have meant that hundreds of children have been able to experience racing, and many of the Barclay team alumni have gone into the engineering field as a result of karting with Colin. 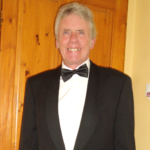 Jim Hardy
Jim was a founding member of the National Schools Karting Association in the early 1970s, as well as being the company secretary and director of the National Association for School and Youth Group Karting. Working at Barclay School in Stevenage, he is the founder of the Barclay Karting Team, which is now in its fifty third year. Jim was the teacher who helped improve the students’ engineering skills as they gained a better understanding of how to develop karts into successful racing machines. He has guided children for over 50 years in karting and dedicated many weekends to supporting them. 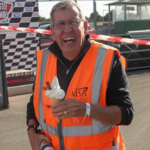 David Whittock
Dave has been chair of Bath Motor Club for the last 15 years, and a member of the committee since 1970. An experienced Clerk of the Course for over 50 events, Dave was appointed as Clerk of the Course for the RAC Rally in 1985 – widely considered the hardest RAC Rally ever. Throughout his driving career, he has been a co-driver for around 200 events both nationally and internationally. Dave is always on hand to assist; mentoring, giving guidance to his club colleagues whatever the event, and helping them to organise and put on a successful event. He has been instrumental in pushing forward Bath’s environmental sustainability initiative, as well as raising money for the Great Western Air Ambulance. 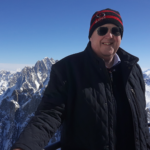 Robert Kelly
Robert is the treasurer of Larne Motor Club and sits on the council of Association of Northern Ireland Car Clubs (ANICC). Robert has been a Motorsport UK Steward since 1997, and there is rarely a meeting of motorsport where you will not find him. He is a great advocate for motorsport in Northern Ireland. 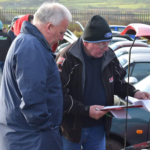 Paddy Haveron
For the past 40 years and more, Paddy has been a stalwart in Northern Irish motorsport. Chair of Larne Motor Club, Paddy regularly performs and holds the role of Scrutineer and Clerk of the Course at events. His colleagues have described him as a great ambassador for motorsport in Northern Ireland and the UK.