Gregory R. Trauthwein has covered the global maritime market for more than 25…
January 19, 2023
Tim Clerc’s maritime career spans half a century, starting with his cadet training in 1969 in the U.K. He sees hybrid technology as one of the most transformational technological developments in maritime in that span, and the company is currently awaiting its 10th hybrid, the Seacor Yangtze. Clerc discusses the hybrid strategy and offers some practical insights.

I think one of the most important technologies that I’ve seen in 50 plus years is hybrid, most importantly what hybrid can do with regards to reducing fuel consumption and reducing emissions load. I look back at some of the ships I sailed on as an engineering officer, and the improvements since then I couldn’t have even imagined 50 years ago. Also, particularly for offshore vessels, dynamic positioning (DP).

Seacor was founded by Charles Fabrikant in 1989, and over the years Seacor Holdings has encompassed many different business lines. Today, Seacor Marine Holdings is headed up by John Gellert, and we have in excess of 60 vessels. Importantly, the age profile of our fleet (about eight years old) is half the industry average. We’ve just came out of seven dreadful years for the OSV market and we, unlike the majority of our competitors, managed to keep our head above water. We didn’t reorganize, we didn’t go bankrupt, but it did give us an opportunity to right-size the fleet and really focus on that assets that matter.
During that time we brought nine hybrids to market, without the benefit of grants or subsidies; we had to do it ourselves. We started looking at hybrid technology back in 2013, and it took us another three years, but in true Seacor fashion, we have really gone for it.
Our fleet today is diverse, made up of PSV’s, both conventional and hybrid, fast support vessels, fast cats and premium lift boats. There have been a lot of ‘firsts’: we were the first to DP1 fast support vessel; we were the first with a DP2 fast support vessel, and importantly, we’re the first with a DP3 a fast support vessel. We have presence here in the US Gulf, Mexico, West Africa, the Persian Gulf, Central America and Guyana. 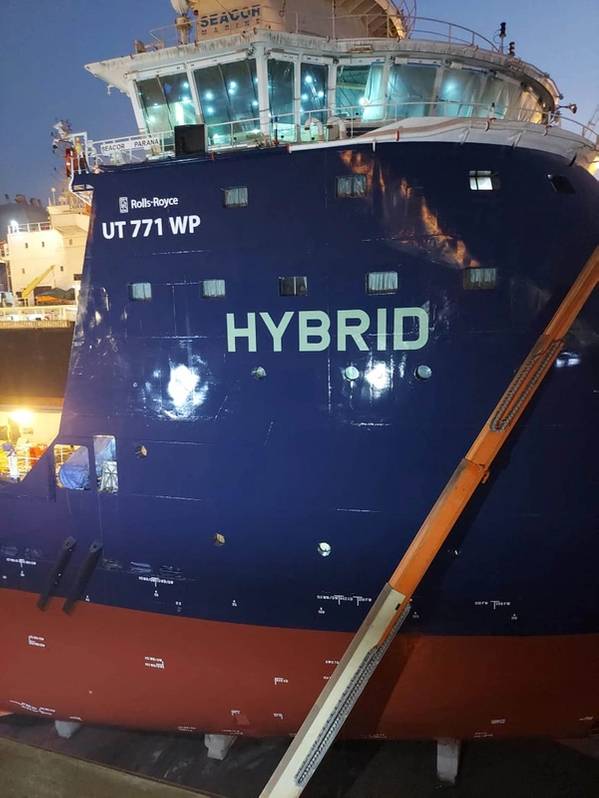 SEACOR Paraná was the first hybrid PSV operating in Persian Gulf.
By permission of SEACOR Marine

For us it’s hybridizing modern diesel electric [vessels, because] you are already halfway there, if not more. Those were the initial three target vessels. And then we were able to build on that with a series of seven vessels under construction in China, which we took over in the shipyard. Seacor Yangtze is the vessel currently under construction.
[In choosing to build new or convert to hybrid], you have to understand why you’re putting battery hybrid on board. Hybrid doesn’t necessarily have to mean batteries, although they do play an important part in most hybridization. But batteries, at the moment, make the most sense. At least it does to us.

The vessel was under construction at Cosco (Guangdong) Shipyard. She is a UT-771 CDL class, clean design length, diesel electric install. It has Caterpillar main engines, four 3512 engines, a full Rolls Royce package with alarms, automation, power management, energy management, and DP onboard. It’s a modern PSV and that was delivered around 2018. In total in China during that time we delivered five UT-771 CDLs both in Cosco Guangzhou and Cosco Zhoushan shipyards. We also delivered out of the yard six WP class UT-771’s, and we hybridized those in the yard prior to delivery. All of those boats came out and went immediately to charter where they remain, and we’ve operated hybrid vessels in the North Sea, the Mediterranean, West Africa and in Guyana. Importantly, we were the first to operate hybrid vessels in the Persian Gulf on a long-term fixture with Aramco. Some say it’s better to be second rather than first, but we were fortunate to have great partners in Kongsberg, Rolls Royce and ABS. 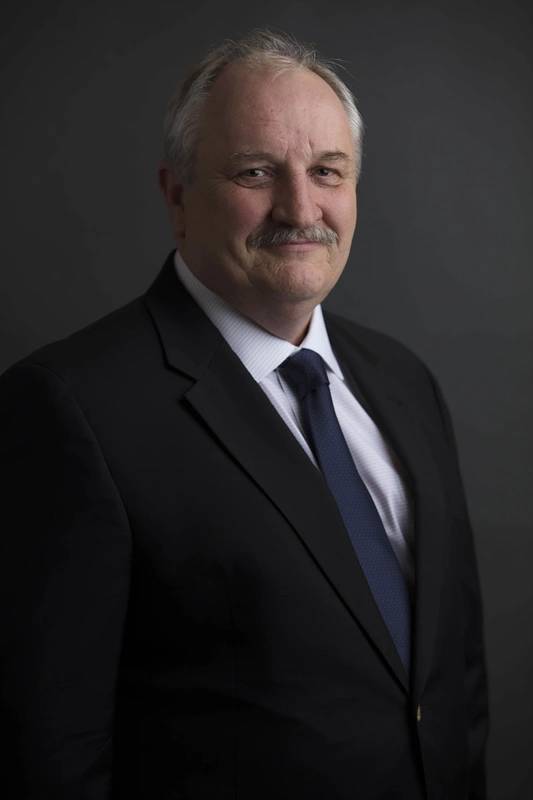 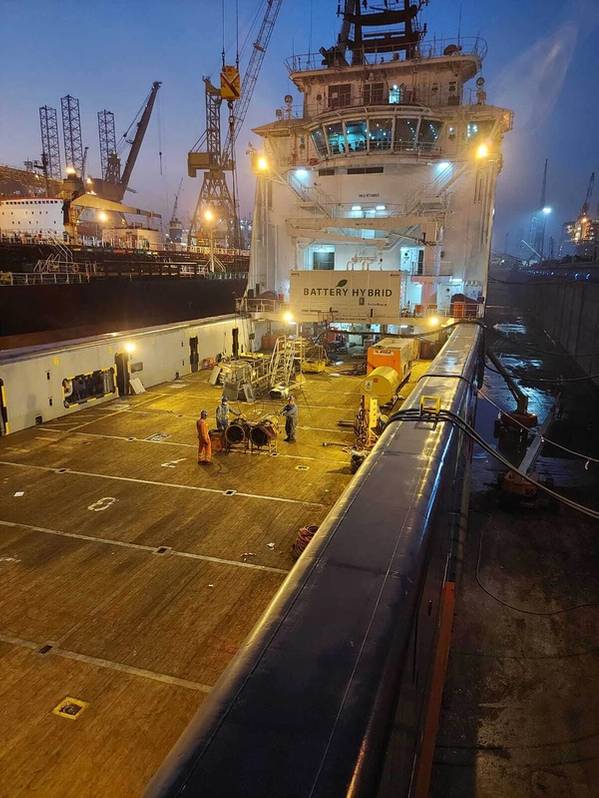 I think hybrids really start with the batteries. We have had very good success working with Corvus for our batteries, particularly its Orca battery modules. Using the Lighthouse system, we can monitor our battery arrays and modules down to the cell level, looking at a cell and knowing exactly what the temperature should be.
For batteries, we look at a 10-year marine life. We check the state of health regularly and we can see on the graph if we’re operating the batteries too hard or too lightly? Also, we can’t forget the safety aspect of operating lithium-ion batters. Battery management systems, energy management systems have to be spot-on. Also, the design of the modules themselves, how each cell is protected from the other ones. We’re very happy with the service and innovation we get from Corvus.

As Seacor Marine works to complete the 10th hybrid vessel in its fleet, Tim Clerc, VP Engineering, Seacor Marine said in an interview with Maritime Reporter & Engineering News that “Hybrids really start with the batteries [and] we have had very good success working with Corvus for our batteries. In this video, we speak with Ole Jacob “OJ” Irgens, President and SVP Sales, Americas, Corvus, for insights on the Corvus battery and monitoring package, as well as updates on Corvus’ expanding manufacturing footprint in North America.

It starts with the talent you have available. When we do one of these conversions, the crew are an integral part of it. They work very closely with the commissioning engineers when they’re out on trials, but we also run additional training modules, too. We’re stepping up that effort, as it’s been very difficult during COVID to move people around. That’s easing up now, but we’re also looking at [adding] virtual training [to the mix with hands-on training].
Also important is that interchange of knowledge and experience between the various vessels that operate hybrid. Thankfully the issues we’ve had have been mild. We’ve changed out the battery module, but probably the biggest issue with changing out battery modules is getting them to the vessel: we can’t fly them. Normally we keep some spares and we keep them charged to about 30% load so they can just slot in. The physical change out of a module is very easy. But training, especially from safety aspect of operating batteries, is important, and we believe that with the battery management system and energy management systems we have in place, the likelihood of a fault causing a problem is very slight. 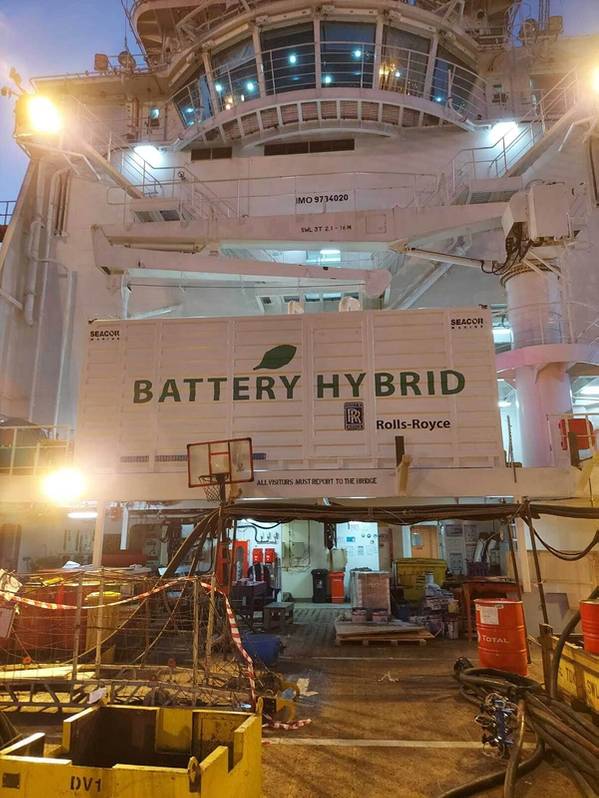 SEACOR Paraná.
By permission of SEACOR Marine
Russian navy’s newest nuclear-powered ballistic missile submarine Generalissimo Suvorov is on its way to a temporary base for the Northern Fleet in th
Following the news on Wednesday that Crest Wind, a joint venture between Crowley and ESVAGT, is set to build a service operation…
Born in 1998 and celebrating its 25th anniversary in 2023, Heger Dry Dock holds a unique position as one of the few engineering…
Belgian tanker operator Euronav has filed an application for urgent arbitration in relation to tanker firm Frontline’s unilateral…
Maintaining the status quo is not an option for global shipping companies in 2023.
Decarbonization is one of the most pressing topics in the shipping industry today, and shipowners and operators worldwide are working hard to map out their plans and strategies for reducing CO2
Taking place November 2 & 3, 2022, at the George R. Brown Convention Center, Houston, Texas, Electric & Hybrid Marine Expo North America is the place to discover the latest US maritime policies for
Subscribe for
Maritime Reporter E-News
Maritime Reporter E-News is the maritime industry’s largest circulation and most authoritative ENews Service, delivered to your Email five times per week
© 1996-2023 Maritime Activity Reports, Inc.